Astrid and Marcel seem to have learnt nothing of previous USA initiated wears on Libiya, Vietnam, irak, Syria, aghanistan, serbia and so on.

These two "journalists" (War-propagandists would be a better description) now paint it like that that an attack on Iran is beneficial for... Iran! You think we are kidding you? Wish that was true. But Kersseboom and Van der Steen are really transmitting the message: Bombs on Iran are a gift to Iran. Have a look at the video. Feel free to distribute the video and this article to expose Astrid Kersseboom and Marcel van der Steen and NOS for what they are: Dutch warmongers.

According to Marcel van der Steen, NOS Beirut based Middle East correspondent, would a USA attack on Iran be beneficial to Iran, to boost the governmenst's ratings. 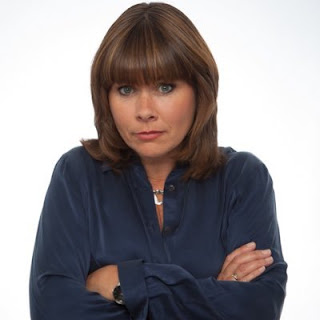 Astrid Kersseboom, willingly and consciously collaborating in CIA, Pentagon communications in preparation of another USA lead war. This time against Iran, a country so much better and more peaceful, and so much more dignity than the warmongering USA.
Gepost door Blik op 20:03