Right after the 20 February 2014 shooting on Maidan central square in Kiev, the west inmediately pointed to Yanukovitch as the responsible. However, after the dammage was done and Yanukovitch had to flee the country, new facts came across. Elements of the then opposition forces alledgedly were shooting at own side Maidan protesters, in order to speed up the transition with this "agent provocateur" action.

Broadcast on German state television on the 10.4.2014 this investigative report presents evidence for there having been snipers from among the ranks of the opposition, shooting at their own people. The show is called Monitor, and it was aired on WDR which is part of the state broadcaster ARD. In German with English subs.

Minister of Foreighn Affairs from Estonia and High EU Commissioner for Foreign Affairs, Mrs Ashton about Maidan, and the shooting. Estonia reports questionable events; Ashton mumbling them away. This is a fragment of the telephone conversation:

Urmas Paet: “There is now stronger and stronger understanding that behind the snipers, it was not Yanukovich, but it was somebody from the new coalition,”

Catherine Ashton: “I think we do want to investigate. I mean, I didn’t pick that up, that’s interesting. Gosh,”

According to RT: The telephone call “took place after Estonia’s Foreign Minister Urmas Paet visited Kiev on February 25 at the peak of clashes between the pro-EU protesters and security forces in the Ukrainian capital. Paet also recalled his conversation with a doctor who treated those shot by snipers in Kiev. She said that both protesters and police were shot at by the same people.”

Urmas Paet: “And second, what was quite disturbing, this same Olga [Bogomolets] told as well that all the evidence shows that the people who were killed by snipers from both sides, among policemen and then people from the streets, that they were the same snipers killing people from both sides,” the Estonian FM stressed.

Urmas Paet: "So that she then also showed me some photos she said that as a medical doctor she can say that it is the same handwriting, the same type of bullets, and it’s really disturbing that now the new coalition, that they don’t want to investigate what exactly happened,”

Read more on the Maidan shooting and this telephone conversation, HERE.

Right Sector ("Prawi Sector") of Euromaidan, Part 1, "Nourished by the west, Nazi wardogs are doing their dirty job" The film above gives background information on fascism in Ukraine from history to 2014. Sources like the newspaper "Sewerzhena secretna" and THIS article and THIS ONE, among other sources, elaborate on US involvement in the founding and maintaining of the Right Sector in Ukraine. With the Pentagon trying to obtain support for funding the Nazguardia with US$ 19 million, their alledged support for Right Sector is not even that much of a step away from what they are doing already in the open. 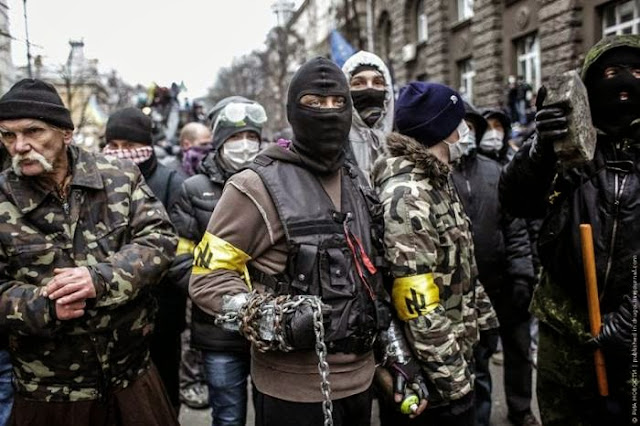 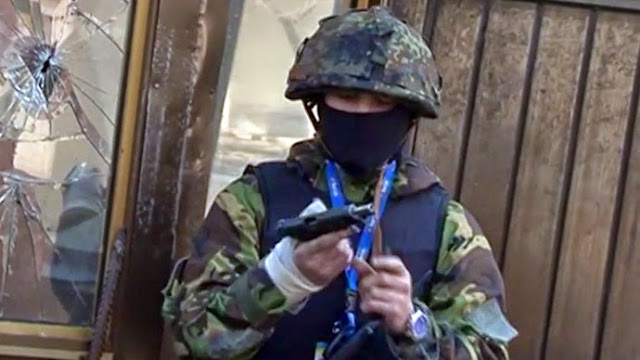