As we end this third week of World War III it’s becoming clear that the West’s end-game strategy is now regime change in Russia. As the money and weapons pour into Ukraine the Ukrainian Flag further morphs into the 21st century’s version of ‘Old Shoe,’ all around the Twittersphere.

Zelenskyy’s even been invited to the Oscar’s for pity’s sake.

If you were ever in doubt about this, just watch Senator Lindsey Graham (Neocon – SC) triple-down on assassinating a world leader.

Speaking at a press conference, Graham said “I hope he will be taken out, one way or the other,” adding “I don’t care how they take him out. I don’t care if we send him to The Hague and try him. I just want him to go.”

“I wish somebody had taken Hitler out in the ’30s. So yes, Vladimir Putin is not a legitimate leader. He is a war criminal.” Graham declared.

Graham further proclaimed that Russia is “going to have zero future” under Putin, adding “I think the world is better off without Putin – the sooner the better, and I don’t care how we do it.”

This is called Saying the Quiet Parts Out Loud.

Even Paul Craig Roberts is trying to figure out why Putin isn’t treating his enemies more ruthlessly. We awake Americans have a real sense of the depravity that our leaders carry and at times I think we get carried away with our own insights here.

As I said would happen, Russia’s go-slow war has played 100% into their enemies’ hands. Russia needed a quick victory to forestall a devastating psyops campaign against her and to intimidate further NATO expansion. What the Kremlin achieved by  believing that the West would respect  humanitarian intentions is infamy.  Instead of discouraging provocations of Russia that will eventually lead to nuclear war, the Kremlin’s liberal goody-goodly war policy, which the West sees as  irresolution, has encouraged more provocations

Dr. Roberts’ thesis is one I’ve heard from multiple people, including from my friend Dexter White on two recent podcasts we did (here and here). Putin’s slow rolling the Ukraine operation has further emboldened Neocon crazies whose whole being is focused on interpreting every action by their enemies as a weakness to exploit.

This analysis further solidifies my conclusion that they are left-brain possessed, betraying all the attributes of someone psychologically unbalanced to the point of madness. They become paranoid psychotics seeing everything in terms of their enemy.

It’s the most popular refrain of desperate globalists, “Putin did it.”

It doesn’t matter if it’s true or not. What matters is keeping people in that suggestible state. It’s easy to do since they, themselves, are there too.

Lindsey Graham likes to play tough guy. So does Biden. Neither of these men have ever been in a real fight with their bodies on the line in their life. They’ve never really been in a life-threatening situation. For them their fear is far worse, it’s reputational which means fear of exposure.

They hide behind cameras, their positions, and their egos.

They live in fear of being shamed.

It’s easy to dismiss Graham as a buffoon, because he is. But he’s also a very important cog in the machine. So, when he speaks it’s important. Don’t be flip about these statements, they absolutely mean something.

If you look around D.C. you see the same psychological projection of inner rot every time one of these war mongers gets in front of a camera to manufacture consent. They are also fearful of the shame of exposure which drives them to madness like Lindsey displays now on a nearly daily basis.

This push for regime change in Russia, however, begs a very important question: “Why have they gone this far? Why do they think they can get regime change when Putin has 70+% support?”

Is it because they really are scared of the emerging facts on the ground, that Russia is grinding out, inevitably and inexorably, a victory in Ukraine on Russian terms that isn’t a reflection of bad military strategy and/or poor intelligence and logistics?

Or is it something deeper.

Alistair Crooke and I talked about this in our latest podcast. Russia’s collective psyche is a reflection of Putin’s. You’ll see that their anger and frustration is now real and complete. The West hates Russia and Russians with a burning passion that is irrational.

The fear of loss of potency has made war-mongers out of way too many folks because they refuse to blame themselves for this mess:

When you see a push poll by Pew that states more than one-third of Americans are willing to risk nuclear war to stop Putin in Ukraine, you know something has gone way off the rails, and it ain’t the Russians.

It’s not fear that makes the Russian people and Putin angry, it’s disappointment at having their hand of friendship consistently slapped away so thoroughly in the post-Soviet era.

What goodwill that existed in the West towards Russia in the 1990’s, seeing them as victims of a terrible evil to be pitied, has morphed into disgust for following a man into war for threatening their comfortable existence behind their iPhones.

When Putin speaks now he is visibly, viscerally angry. He’s been systematically, for years, cutting Russia off from the influences of the ill-liberalism of the West.

Putin knows he’s been pushed into this by people who are powerful but psychologically small. And the Russian people have been deeply disrespected to the point of war. That’s why his poll numbers rise while Bidens’ barely budge.

That all leads to regime change as the end-game because it may be the only option, which implies continued escalation to the point of something unthinkable.

And it makes perfect sense that’s what they are planning, not just regime change, but a wider war (see the buildup of NATO troops) to grind Russia into a paste and atomize it, Russian culture and the Russian people. 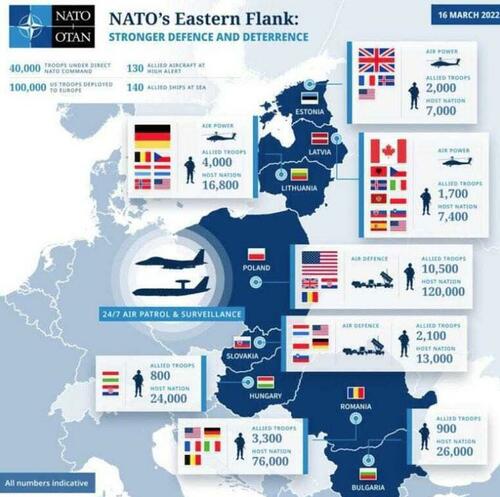 That said, Davos has very little human intelligence on the ground to actually make that happen. All the sanctions and expelling diplomats helped Russia’s and Putin’s security.

The U.S. Embassy in Moscow has less than 50 people in it.

While that is a sad state of affairs and means there is little to no hope of diplomacy, it also means there isn’t any infrastructure to do what Lindsey is so desperately saying… Someone take him out, anyone!

That’s a sign of creating the new narrative while simultaneously betraying helplessness, in my view.

Now, unfortunately that leads me into an ever darker place. They don’t just want regime change and some kind of negotiated settlement for Ukraine. That’s actually way off the table now.

They see the writing on the wall for their financial system which has failed. The only option they see now is making open preparations for WWIII thinking they still have the materiel and the manpower to enforce their Great Reset, which was always leading to war.

Lindsey Graham’s job is to build up the propaganda war to justify NATO’s entrance into Ukraine in the next few weeks.

The program now is WWIII, possibly with nukes and the abject humiliation of Russia and its eventual destruction.

I begged off ‘working’ yesterday because of this realization. I was drained to the point of exhaustion and planned on sleeping my depression off. I re-watched part I of Oliver Stone’s The Putin Interviews from 2016.

I recommend everyone watch these films, they are an enlightenment.

If you want to know your enemy, you should study him. Demonizing him may win you friends at the water cooler, but it will cost you your soul. About 20 minutes in, during their first conversation, Stone brings up the multiple assassination attempts on Putin.

If you watch nothing else, watch this segment (click here) to get a better understanding of Russia and Putin. The punchline is simple:

“Do you know what they say among the Russian people? Those who are destined to hang, do not drown.”

Putin is well aware, hyper-aware of his situation. A person in his position who has been fighting this way for more than 20 years, a project he has dedicated the 2nd half of his life to, is not so stupid as to be the willing dupe of Davos nor is he blind to the capabilities or the ruthlessness of his enemies.

This is why I hold to the positions about Putin that I do. He may fail here. War is hell and nothing ever goes according to the plan on the white board.

But, if you are going to be led into war who would your bet on? People like Lindsey Graham could never stand in front of a camera and say what Putin said to Stone. Why?

Because there is no there there. He’s just a shadow projector with a hand puppet up its ass.

But if you turn the camera away from Graham and Biden and look at Putin, he’s speaking to the world now. That’s what his latest speech was about.

It wasn’t aimed at his enemies.

He’s done talking to them. They aren’t listening.

That speech was aimed at everyone else including Americans and Europeans, “This is what they think of you. This is what they are willing to do to demand your obedience,” They will steal your money, take your children, burn your life to the ground.

And it isn’t like he doesn’t have a very sound point, folks.

If anyone was calling for regime change now, it’s Putin.

It may have zero effect or play here in the West. In fact, I predict it will have almost zero effect. But it will resonate around the world in those places now very scared of the conflict that Biden and Davos are forcing on everyone.

I think a global memetic collapse is in process as I type this. We can’t see it here in the West because we aren’t allowed to. But in parliaments and politburos around the that part that Davos just sees as ‘the help,’ it’s happening. The headlines are coming in almost too fast for anyone to keep up with.

This is what happens when fearful men become cornered. Davos is cornered. The drowning man will do everything to keep from drowning, including drowning his rescuer.

The hanged man has already accepted his fate. He is free.

What happens next is not in his hands, it’s in ours.