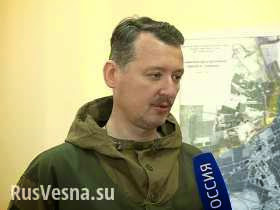 In the course of the night from 18th to 19th [of June], the enemy implemented a large-scale transfer of troops from the vicinity of Dolgenkoye village, where they have their stronghold and encampment, to the region of Krasniy Liman. Altogether, over 130 various items of military equipment were moved, including approximately 20 tanks and 40 APCs (“BMD,” “BMP” and “BTR”). The saboteur-intelligence group of the militia was able to take out one of the “BTR” APCs in the column by exploding a landmine. In addition, in the course of the night, the militia conducted strikes against the stronghold of the enemy in the Kombikormoviy neighbourhood.

Early in the morning on June 19, 2014, the enemy, with tanks and motorized infantry, and supported by two ground attack fighters Su-25, a division of self-propelled howitzers, a GRAD MLRS battery and several mortar batteries, dealt a massive blow against the positions of the Krasniy Liman detachment of militia located in the vicinity of Yampol settlement. The first attack was repelled, and an enemy tank was hit. At approximately 11:00 in the morning, the enemy resumed its attack, and despite losses, broke through the front. In the course of the battle, the enemy lost 4 “BMD” APCs and a large number of troops. However, using its colossal superiority in manpower and weaponry, the enemy was able to take Yampol and Zakhotnoye settlements, as well as the bridge across the river “Severniy Donets.” The Krasniy Liman detachment of militia suffered large losses in manpower and weaponry and was scattered. A detachment from Slavyansk that was sent to assist was also unable to stop the overwhelming forces of the enemy. Nevertheless, they fought an unequal battle in the settlement of Krivaya Luka.

As of 18:00 in the evening, the battle continues, the militia are attempting to break through the positions of the enemy toward Slavyansk.

Simultaneously with an attack against Yampol, large tank and motorized infantry forces of the enemy attacked the city of Seversk, where they were engaged in combat by the detachments of the militia commanded by Alexander Mozgovoi (the Lisichansk Battalion). The battle continues.

Attempting to assist the detachments fighting in the north, the Kramatorsk company (original – “rota”), undertook an attack against the enemy positions in the vicinity of the Markov settlement (to the east of Kramatorsk). In the course of the battle for control of the checkpoint, they were able to hit [and take out] one “BMP” APC and one “BTR” APC of the enemy. One of the militia fighters was lightly wounded. There have been no changes to positions around Slavyansk and Semyonovka.

In the morning, the detachments of the militia conducted mortar strikes against the Karachun Mount and against the positions of the enemy in the settlement of Vostochniy. In response, the enemy shot at Semyonovka with tanks, and, at 18:00, conducted artillery strikes with howitzers against the centre of Slavyansk. Multiple buildings hit and partially destroyed.

In conclusion, we can now confirm that the Ukrainian military has fulfilled the task, assigned by Poroshenko, of encircling the militia in the city of Slavyansk. Despite the courage and resilience of the militia fighters, they are unable to withstand in the open field massive attacks with tanks, artillery and aviation, particularly when the enemy has overwhelming superiority in manpower.

The militia and the people of the Donetsk People’s Republic call on the leadership of the Russian Federation to provide immediate aid to Novorossiya, in order to prevent the further genocide of the Russian population. 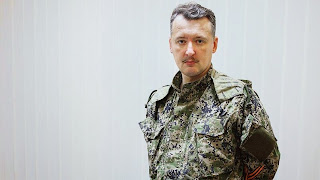