9 May, From Holland with Love: Spasibo Russia!

That's why, at this eve of 9 May Russian Victory Day, a warm "SPASIBO Russia", from Holland with Love! 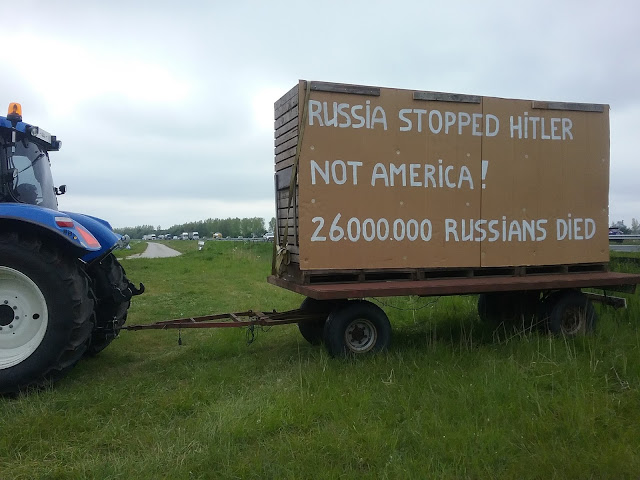 Spotted in a field in the Province of North Brabant, Netherlands. 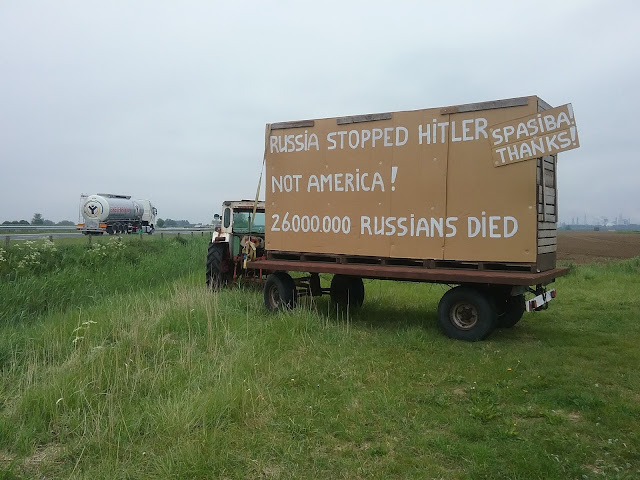 Dutch people know who was the decisive force in defeating Nazi-Germany and stand with Russia: Spasibo Russia! Last year Blik op NOS-journaal was in Moscow during 9 May and had the honour to make this interview with the Sovjet veteran and his daughter. We also saw the Air parade and had a warm after talk about the long-existing links between Russia and the Netherlands.
Gepost door Blik op 12:34