Sergei Lavrov, Russian Minister of Foreign affairs, answers freely to open questions from journalists of Echo Moskwi, Sputnik and another one, last Friday 29 May 2015.

From 2:40:00 Lavrov answers questions about the MH17. He expresses his concern about the slowness of the investigation. The UN Security council asked for monthly reports on the progress of the investigation. "We have not seen any reports!". Lavrov refers to the Dutch asking for people to stand up who saw a Russian Buk. Lavrov wonders why there are so little investigations to other data available. He mentions the worker on an airfield having seen a Ukrainian jet leave with two missiles and returning with only one. He even gave the name of the pilot of this jet. "We often ask for data, conversations between air traffic-controlers, and have not received. The Americans promised satellite and AWACS data, but never delivered." Lavrov gives more examples of American non-delivery. The Americans promised to cool the pro-Western forces down; instead of this the violence from that side only augmented, and no word from the Americans anymore.

The Russian foreign minister has slammed Washington’s unauthorized airstrikes in Syrian territory as a breach of international law, saying the US follows a dual policy in the battle against the ISIL Takfiri terror group.

Sergei Lavrov stated in a Friday interview with Rossiya 24 TV channel that he questioned his US counterpart John Kerry at a recent meeting at the Russian Black Sea resort city of Sochi on why Washington conducts airstrikes on ISIL positions in Iraqi territory with the consent of Baghdad, but carries out similar operations in Syria without seeking authorization from the Damascus government in “flagrant violation of international law.”

“I asked US Secretary [of State] John Kerry the reason why [the US] didn’t take the legal way – to receive a mandate for the coalition to get the approval of the Syrian and Iraqi government forces in their fight against IS[IL] - in the situation where the Syrian government is the objective ally in the fight against [the so-called] Islamic State,” said Lavrov.

“The answer was very interesting. I was told: ‘You know, we don’t consider the Syrian regime as a legitimate partner’,” he added.

Describing Washington’s refusal to cooperate with the Syrian government as “short-sighted,”Lavrov then noted that in 2014 the US considered the government of Syrian President Bashar Assad as legitimate during its cooperation in the successful destruction of the country’s chemical stockpile.

“Such double standards have been always characteristic for Americans,” Lavrov further emphasized.

Kerry held high level talks with Russian President Vladimir Putin and Lavrov at Sochi on May 12, marking the first visit by a senior American official to Russia since the Ukrainian crisis erupted in 2014.

During the Sochi talks, Putin and Kerry also discussed the fight against terrorism with the emphasis that the issue should be addressed “without double standards.”

Pointing to the persisting Ukrainian conflict, Lavrov underlined that some Western states have come to an understanding that Kiev authorities “are the main obstacle to the implementation of Minsk agreements.”

Although the Minsk deal states that Ukrainian officials should hold consultations with authorities in the country’s eastern territories of Donetsk and Lugansk to prepare for local elections under the Ukrainian law, the Russian foreign minister said, “However such consultations have not been launched.”

Under the Minsk accord, said Lavrov, the economic blockade of eastern Ukrainian regions must be ended, social payments reinstated and the banking system restored, emphasizing none of that has been carried out by Kiev. Based on Kiev’s position, Lavrov insisted that he does not believe Ukraine will be able to fulfill the entire Minsk agreements. 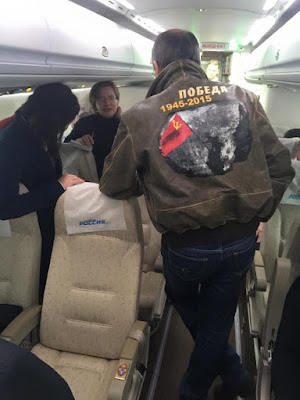