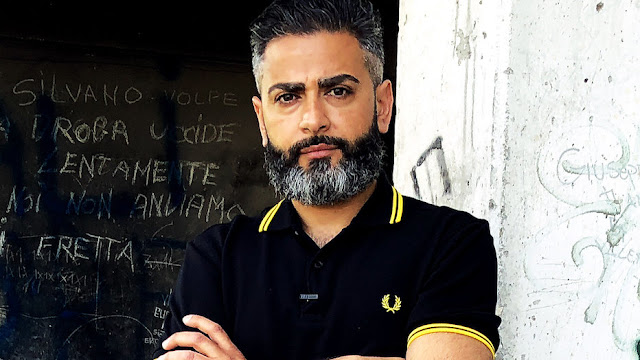 Danny Ghosen is a Lebanese born Dutch man, at the age of 15 years left the troubles of Lebanon for Holland.

In his series "Battle on Lebanon", he pretends he considers moving back to his roots, but he seems to be doubting. The people are great, but the circumstances are still very harsh. Around this theme he talks to "common" Lebanese people. He does not touch any political themes in these chats. However, safe and sound back in Holland, in his Dutch editting room, he adds as a voice over a political statement implying that Assad is the reason of all the trouble. Danny Ghosen does not mention anybody else. It is Assad.

Do those people acting in his film feel that way too? We don't know, because the subject is never raised. At least, not in the broadcast version. It is just Danny adding this, back home in Holland.

Do those Lebanese people who seem to trust Danny, while chit-chatting with him, know that they are in fact actors in an Anglo-Zionist message? And that Danny Ghosen is making good money for that job? 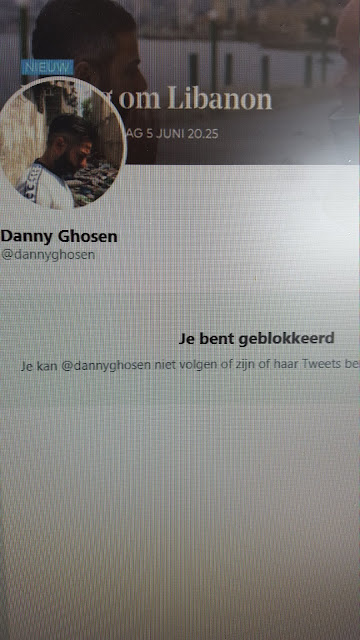 We sent two tweets after Danny Ghosen's broadcast. Even gave him a compliment. But seemingly Danny was not pleased with it and the Dutch state-journalist blocked further communications in no-time.

Russia
We remember Danny Ghosen also from a hit-piece where he was chasing Russian diplomats in The Hague after a traffic irregularity, for instance parking in a place where it is not allowed to park.

It was in or around the Russia-Netherlands friendship year, that carried all the signs it had to be destroyed from upper-hand. Danny willingly collaborated for the cause.
Gepost door Blik op 11:10