If "kiling millons" is the criterium...

Ok, if "killing millons" is the criterium - as Trump's  tweets say-  then, with the USA being the record multi-millon killer-state, how many US-generals should, in all fairness to the same Trump's logic, be assasinated?

Interesting to see how the news on the cold-blooded assasination is being aired in Holland.
First of all, rather then calling it for what it is, another illegal terror operation of the most violent and morally lowest country in the world, the USA, thousands of miles away from it's own terrotory, only benefitting Israel, this is hardly mentionned this way.
Dutch state propaganda channels prefer to speak in terms of "tensions are rising between US and Iran", thus downplaying the murder as a possible start of a war,  and mixing up agressor and victim. Also the American lies, even after "incubator baby's", "weapons of mass distruction", Fallujah, and "Russia manipulated US-elections" are aired un-commented or even verified. Did the Iranian general kill millons? And which persons did he kill? Civillians, inocents or regular forces, like the US does many times? Or did he kill terrorist head choppers and other members of US/Israel funded terrorist organisations like Al qaida and IS(rael)?

Dutch NOS is not interested at all. In their 12 minute item on the US killing, not one Dutch politician was heard commenting on the bloody murder. We watched BBC as well, and there neither a British politician was heard. No Boris Johnson, no Jeremy Corbyn, nobody. Apart from the correspondents chit-chatting meaningless hollow words, the only officials aired were Pompeo and Netanyahu. Need we say more? In the meantime Trump is mixing killing and terminating with religion and extreme ultra-american-nationalism. What a hallucinating picture.

Russian news
In contrary to the Dutch lap-dog journalism, Russian news mentions the events by its name and also  contrary to the Dutch situation, Russian Ministery of Foreign affairs has a reaction that is aired at prime-time news: The killing of an official of a souvereign country, an unprecedented escalation from the American side (says Zakharova). Another commentator says: A casus belli. Russian tv mentions that almost the whole world condemned the Amarican act, with exception of Israel. Whereas Dutch tv gave the impression Israel supported the act and did not mention any critics to the attack. Russian tv also reminds of Trumps tweet a while ago and thus exposing his 100% hypocrisy: "In order to get elected, @barackobama will start a war with Iran." (2011)

What the Dutch news will neither tell you, but the Russian news does, is that Sergey Lavrov (foreign affairs Russia), called Mike Pompeo (foreign affairs US) to express that the missile attack will lead to a new  escalation, he urged the US to refrain from illegal forcefull methods to achieve its goals in the international arena.

With this agressive American escalation agains the beautiful and independent country of Iran, Holland and the Dutch people should reconsider the influence of the US they want to allow in their country. Iran being the oldest civilization dating back thousands of years and America still with the blood on the hand for finishing of the Native American population. Do the Dutch want more sugar and chemicals containing soft drinks like coca cola and fanta? More junk food along side the highways of McDonalds? More american pop-music? More Netflix and and more cheap American  television programmes? More American Porn? More Dutch state sponsored Tesla-absurdity?  More American words and complete sentences in their language? More American language courses at their Universities? More and newer American atomic bombs in Volkel? More
American military equipment stored in Limburg? More American LNG? More American transit of tanks and artillery through Rotterdam and our roads? More American ambassadors at political party congresses? More American F35 Strike Fighters? More American intelligence officers? Or do the Dutch want less of this? 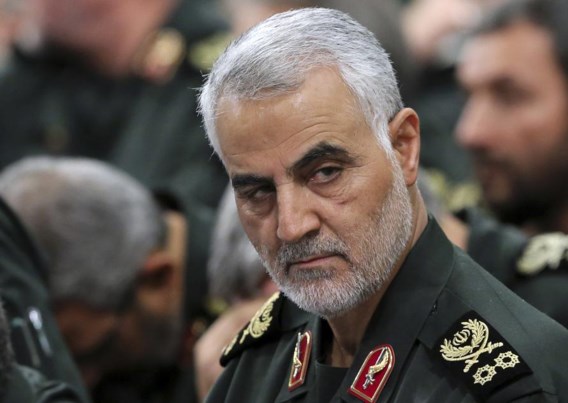 He defeated the terror-groups, fuelled by ISrael, US and Netherlands. Thanks to him and Bashar Assad, Christmas trees can be raised and Christmas was celebrated again in areas controlled by them. He was cowardly killed by Zionist terror regime when he was fearlessly on his way in Iraq through an ordinary passenger airport.               Qasem Soleimani - Rest in Peace
Gepost door Blik op 22:10