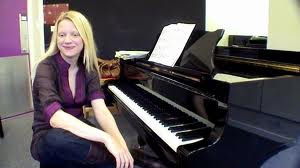 KLM is deleting the music from Valentina Lisitsa from the inflight entertainment programme.

"The French/Dutch airline decided to do so after having received complaints regarding her support for the seperatists in East Ukraine."

The airline confirms the decision. A spokesman: "We were made aware through social media that Valentina Lisitsa has shown sympathy for the attack on MH-17. That is horrific. We are removing her music from all flights".

"The complaint was filed by a protest-group that takes a stand against artists "supporting the Vladimir Putin-regime". KLM followed this up by an own investigation on the expressions of Lisitsa. Read complete artivcle in Dutch in Volkskrant of 28 August 2015, HERE. 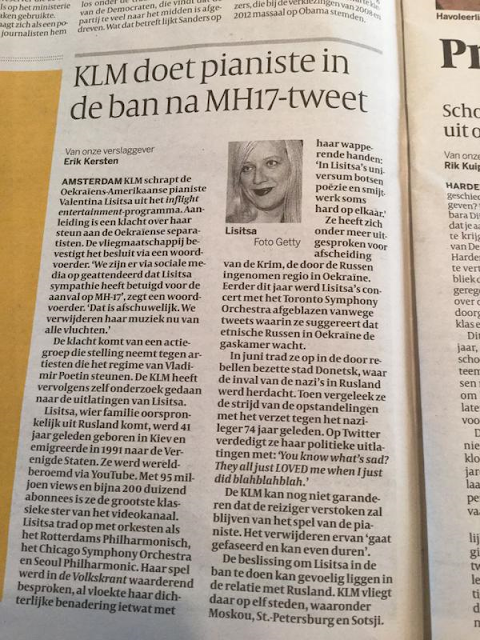 Valentina Lisitsa can be proud on this KLM deleting her music from the planes. Of course Lisitsa has never shown sympathy for killing almost 300 people on MH17. Lisitsa has shown sympathy for the victims in Donbass. All the civilians that have been killed and made disabled by West-supported Ukraine violence. We do not know of any Dutch artist having shown any sympathy alike.

Lisitsa is now being punnished by KLM for showing sympathy with these people under attack. KLM is now clearly bending for pro-Ukraine politics. For passengers world-wide this is important to know when booking their next flight and having different options and routes to chose from. 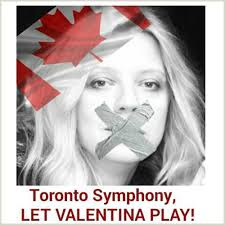